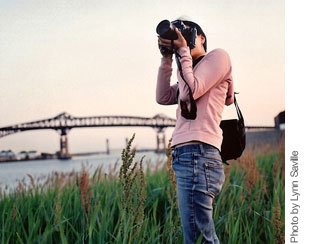 Minny Lee is a multimedia artist who employs photography, audio, video and site-specific installation work. Lee’s work contemplates the concepts around time and space and the coexistence of duality. Growing up in South Korea, she was influenced by Buddhism, Confucianism, shamanism and Taoism. Lee obtained a Master of Arts in Art History from City College of New York and Master of Fine Arts in Advanced Photographic Studies from ICP-Bard. She was awarded a fellowship from the Reflexions Masterclass Program in Europe and participated in an artist-in-residence program at Halsnøy Kloster in Norway. Her work has been exhibited at Datz Museum of Art, The Center for Fine Art Photography, Ise Cultural Foundation Gallery, Les Rencontres d’Arles, and Pingyao International Photo festival, among other venues. Making hand-made books is a passion of her and books she has created have been exhibited and sold at venues such as the New York Art Book Fair, LA Art Book Fair, Codex Book Fair, URCA Photobook Fair and Honolulu Print & Book Fair. Lee taught photography classes at the University of Hawaii at Manoa. Lee is a faculty member at the Honolulu Museum of Art School and at the International Center of Photography teaching bookmaking classes. She lives and works in Honolulu, Hawaii.

I consider photography as visual poetry. I am more drawn to its ability to transcend time and place. I constantly revisit personal memories and history through my photography, reflecting on my inner self. Capturing or representing reality are not my goals when photographing. Rather, the coexistence between the past and present, dream and reality, and absence and presence are what consume me. Incidental moments during the passing of time and their surreal qualities and tensions between what is real and imagined are what I seek to convey in my work, taking the viewer elsewhere. In Far Eastern traditions, one takes a humble journey to discover the world and eventually oneself. My photographs and art practice run parallel to this path. I like to follow my intuition and go deeper, away from the “here and now,” free to respond to what is visceral in life. When exhibiting my work, I seek to to create an immersive and sensory experience, transporting my own experiences and thoughts to the viewer.